The Kierkegaard Comedy Show has performed in Denmark, in the United States, in South Africa, in England, in Scotland, in Norway and opened the 9th International Monodrama Festival in Germany, where it received the following review:

“Witty, sophisticated, well timed and hilarious. Kierkegaard is unraveled as a modern life-enhacer and Damgard is his prophet” … “He makes absurd theater and razor sharp stand-up comedy, balances the relaxed with expressive outbursts and constantly keeps his audience on the knife edge. More uniquely, it can hardly be.“ 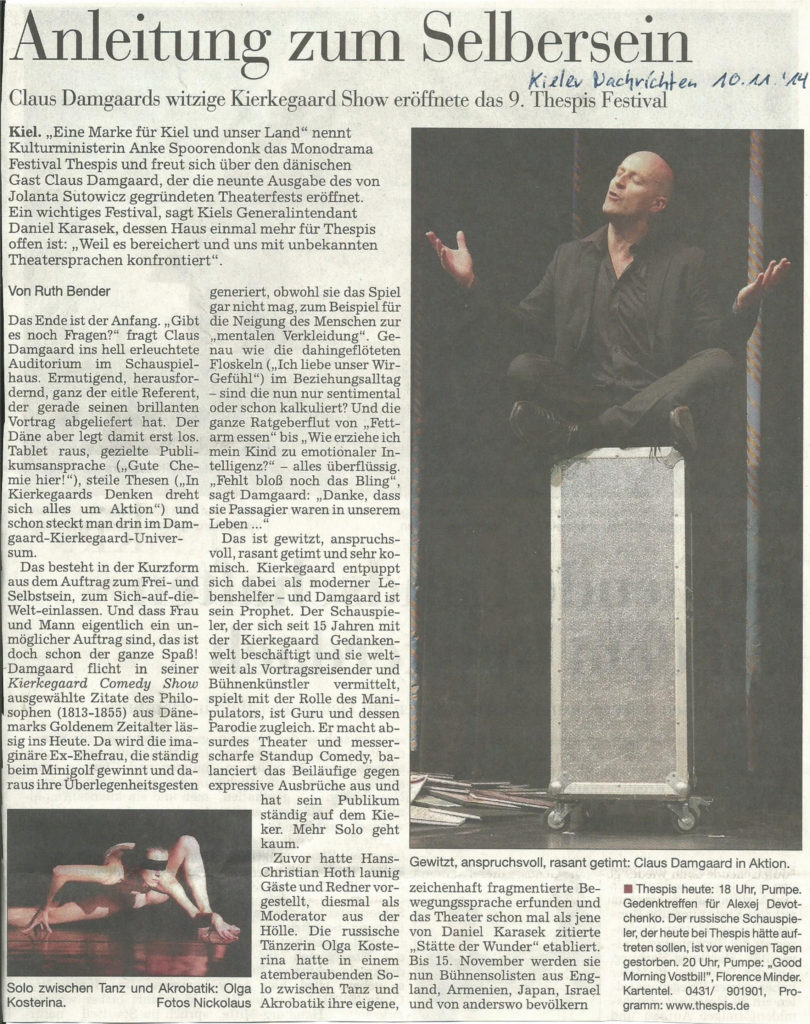 When performing in Cape Town and Johannesburg the danish ambassador found that the show “illustrated how each of us can make use of Kierkegaard in our modern everyday existence”. 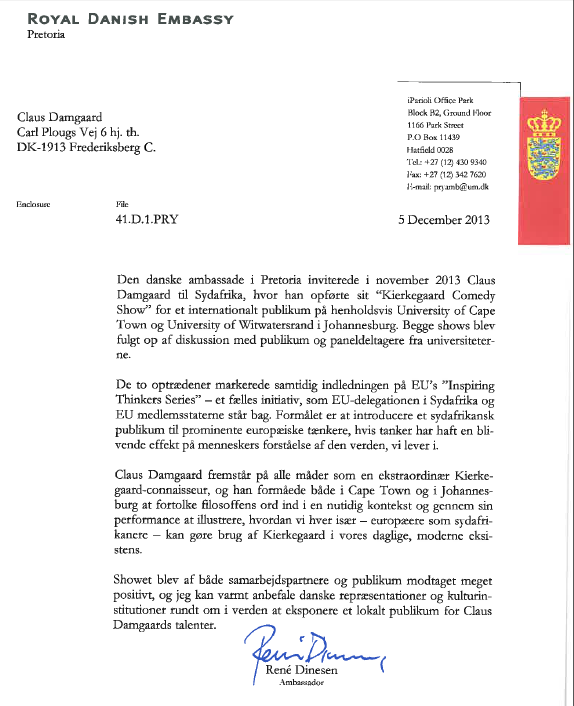 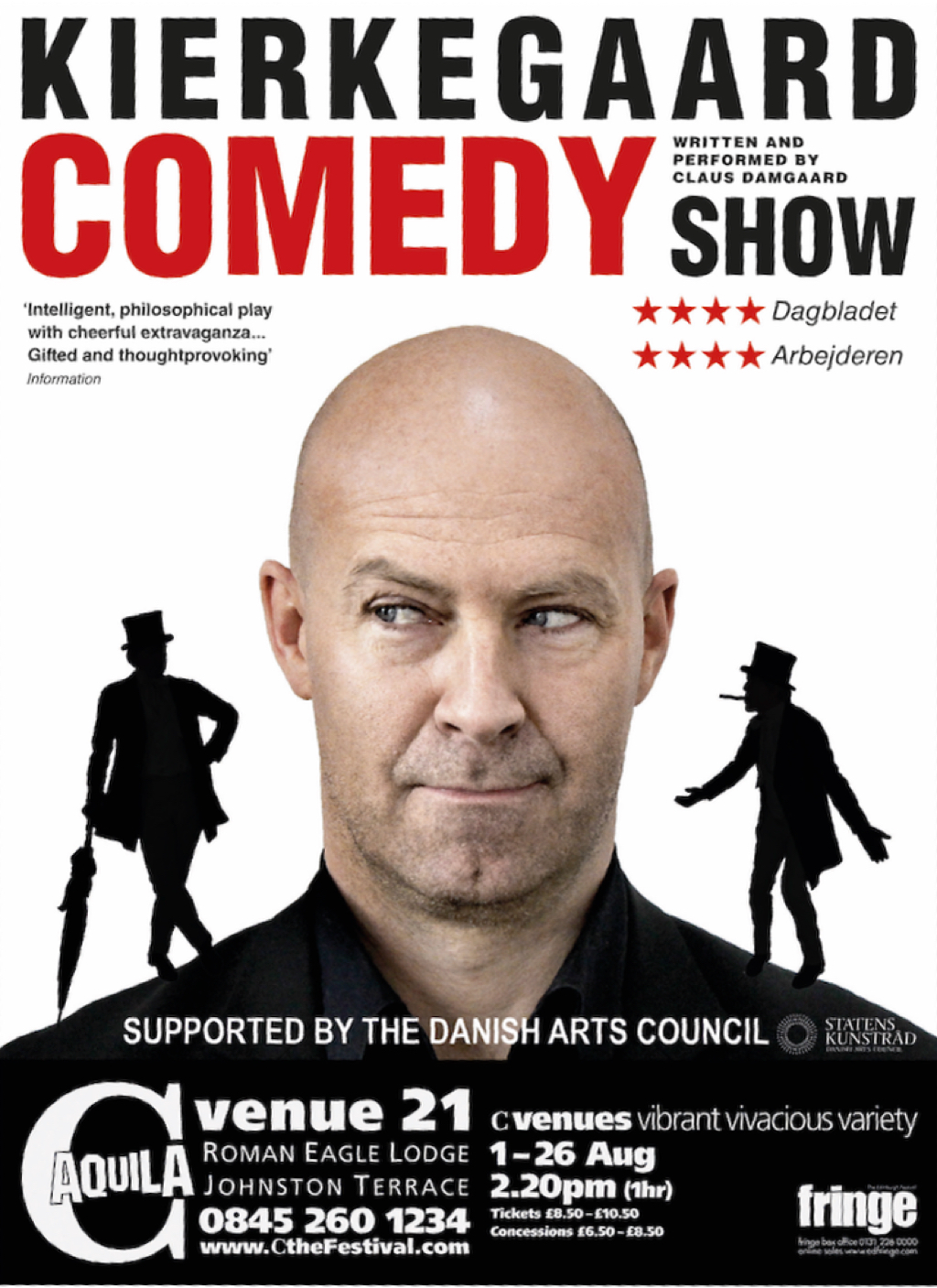